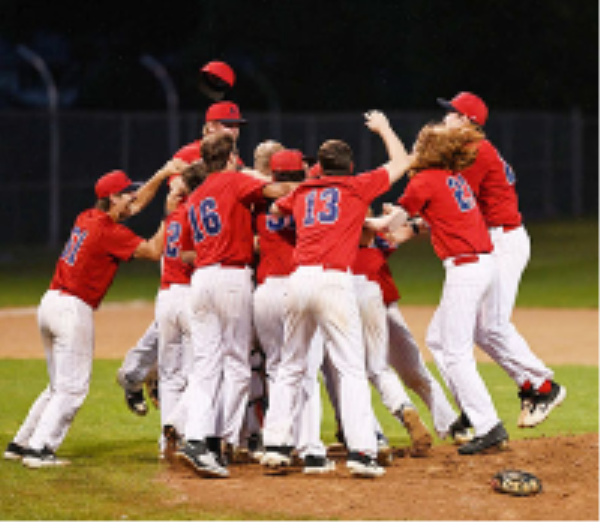 Class A state tournament prognostications: Can Air Freight navigate through a tough field?
Posted on Aug 04, 2022

Well, the state tournament awaits us and there's a mix of perennial favorites and upstarts in the field this year. We tapped our experts to get their thoughts and predictions on how they see the tournament going.

Once again we're indebted to them for their analysis throughout the season.

Without further ado, the predications.

The Favorite: Plenty of good teams in this tournament, but can't go wrong with this selection.  The Minnetonka Millers are as good as it gets each year. Including this year. Pitching talent and depth. The entire lineup can swing it, with a very good 1-4. Consistent defense and depth off of the bench. If they play the way they can play, they will be a problem for every team in the tournament and I can envision them winning it.

The Upset: Given the fact that I have only seen a handful of these teams in person, I have to go with the Edina Buckshots. Not a ton of experience in the tournament, not a top ranking … but with some of their top end pitchers and the way they absolutely crushed the ball throughout the playoffs, they are a well-rounded team that can sneak up on anybody.

The Dark Horse: I have never seen them play … but based on the scoreboard over the last month of the season … the St.Paul Hops are a good baseball team that has flown under the radar most of the season. Sneaking into the top 10 in the last ranking of the year, and seeming to get hot, and beat some good teams at the right time, I would not be surprised to see these guys make a deep run in this tournament.

They have a true number one ace, a lineup where all nine hitters can hurt you and the experience of last year. You also get the sense that they enjoy playing together and for each other. The lack of ego can be a big intangible in playoff baseball.

I’m always bullish on the MudCats, so this comes more as a notice to everyone else more than a personal take. They have the youth and athleticism that allows them to win in many ways. The only knock is that youth sometimes makes them unable to block out the noise. But if Shaw and Blum in particular can maintain their focus, they can go deep.

Loggers vs. Beavers is an excellent opening for a terrible pun about wood, but this is serious business here so I’m going to pass. I was really impressed with Stillwater when we played them earlier this year, but again, this comes back to youth and inexperience vs. veterans and experience. Highland Park has made deep runs the last couple years, while Stillwater is relatively new to being a higher seed that will have people gunning for them. I wouldn’t be shocked at all if Stillwater pulls it off, but since I have to make a choice here, this is what I’m going with.

Air Freight Unlimited. Started the year 0-3 after playing a grand total of ZERO tune-up games (those guys must love baseball) but decided to go on a nice 13-game win streak in league play to cap off their St. Paul League title. And then they subsequently lost their final two games after clinching the crown. After their 2021 title, I'm sure they saw their fair share of top arms in league play, so I'm sure they'll be ready to defend their reign.

When I initially asked the Air Freight skip, Tom Kolar, what he would think about me not having them as my 2022 favorite, he simply replied "Laubscher … that seems to be what anybody says about us anyways." All joking aside, Graham will give Air Freight as good of a chance as anyone to advance to the winners bracket semifinals the second weekend. When I followed up and asked "How do you feel about the rest of Class A wanting to add a weekend and go back to double elimination because of the 'Graham Effect.'" Captain Kolar responded, "if we are lucky enough … he gets to throw a third game." We will see if this pans out for them.

Minneapolis MudCats. I'm not sure what happened, but around the end of June, the MudCats either added some star power or a switch was flipped. From June 30 on, the Mudcats finished the season on a 9-0 run in Park National League play, including wins over the Minneapolis Cobras (twice), Lyon’s Pub Warriors, and the Minneapolis Angels. The MudCats had their first tourney birth in 2020 followed by their second consecutive in 2021 — maybe their experience will start to show and this second-half run will continue through August in St. Anthony.

This is a really tough pick this year. The No. 1 seeds from each league are such great teams, led by some really top-end arms. Freight has Laubscher, 365 has Danner, Stockmen’s has Duffy, and Tonka … well … So, I'm not going out on a limb and claiming any four over one upsets like Stockmen’s over St. Louis Park last year — not that it can't or won't happen.

Sticking with the trend of good arms and experienced teams, I'm going to side with last year's runner-up and take Highland Park (St. Paul No. 3) to upset the Stillwater Loggers (Skyline No. 2). Highland is proven to be a tough team through a completely single elimination tournament last year and Stillwater may not be ready for a first weekend, single elimination nine-inning game.

It's been a crazy year in Class A townball it seems, capped off by two staples in the Class A tournament, Lyon's Pub and the St. Paul Capitals, both missing the tournament. Here are some brief thoughts on what I'm looking forward to:

New Blood: Stillwater and MacStrength are two teams that will bring some new life to the tournament. Being in the Skyline with Stillwater, their team looked completely different in July vs. when we first saw them in August. They will have a talented group of young ball players that will be fun to watch compete.

Double Elimination: Will double elimination help the cream rise to the top? Teams like Minnetonka and St. Louis Park were always nearly impossible to beat twice. But it's been three years since our last double-elimination tournament and a lot of talent has formed in Class A baseball that will still have a target on the long-standing legends.

Young Studs: Never, in a single summer, have I played against as many top-end arms who threw upper 80s into the low 90s and as many good hitters who can leave the yard and change a game in one at-bat. This is obviously the new trajectory of baseball we have seen at all levels, and the emergence into townball is apparent.

Skyline Sucks?: I can ask this comfortably, being a member of the Skyline and being good friends with each manager in our league. I also think the Skyline has one of the most competitive leagues top-to-bottom each year. Maybe I am biased? But the Skyline has the longest drought of having a tournament champion, since Stockmen’s won it in 2011. The Riverview has had its fair share of titles led by Minnetonka as well as St. Louis Park, the Park National saw the Cobras win in 2019, and the St. Paul League has had the Capitals, Shamrocks, and most recently Air Freight over the last 10 years. Will this finally be the year that either Stockmen’s, Stillwater, Metro Knights, or my own St. Anthony Hogs make a run?