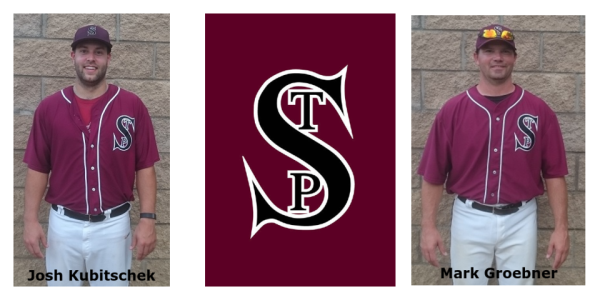 For the second straight game Josh Kubitschek refused to allow his team to lose. After throwing a 13-inning shutout last weekend Kubitschek took the hill once again Saturday and threw another complete game, striking out 18 batters in nine innings to help the St. Paul Capitals defeat Stockmen's Irish 3-2.

The Irish got on the board in the first when Brian Knight hit a sac fly scoring Joe Silversmith.

St. Paul bounced back in the second to tie the game when Charlie Bartholomew scored after a Chase Becker single to left. The Capitals took the lead in the third when Mark Groebner grounded out scoring Ryan Abrahamson.

Stockmen's tied the game 2-2 in the bottom of the fourth as Colin Baumgard hit a two-out single to score Silversmith. From there on Kubitschek took over, sitting down the Irish batters inning after inning.

Kubitschek struck out the side in the second inning, the fifth and again in the eighth. He allowed just four hits in the game and walked no one. In two state tournament appearances Kubitschek is 2-0 with an 0.82 ERA in 22 innings. He has 33 strikeouts.

It took the Capitals a while to conqueor Irish starting pitcher Teddy Klingsporn though. With the game tied in the eighth Dylan Welter hit a game winning RBI double.